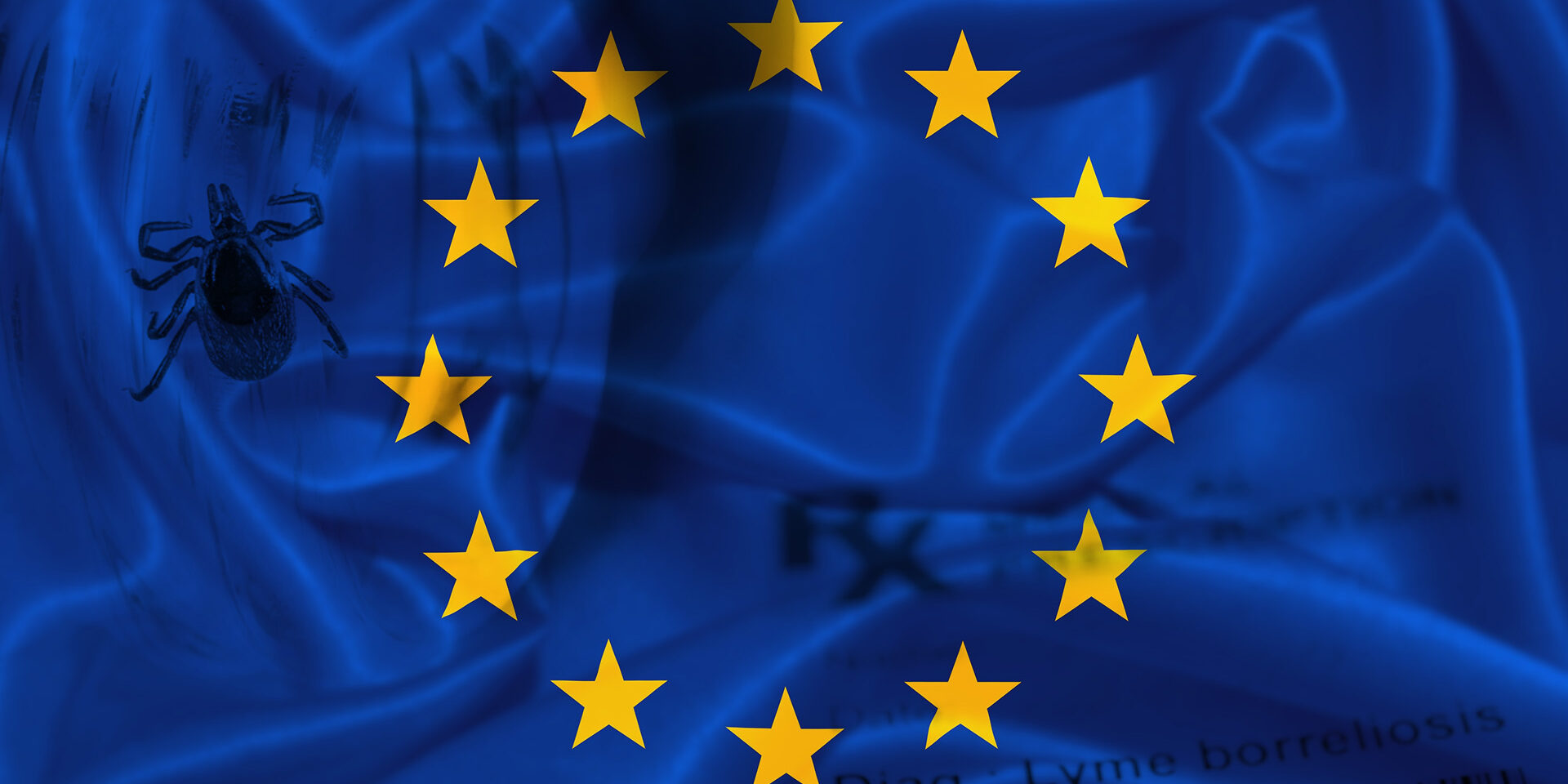 With the increased incidence of Lyme borreliosis, it has now grown into a European health problem.

In a resolution adopted in 2018, the European Parliament  expresses its concern at the alarming proportions of the spread of Lyme disease in the European population, with around 1 million citizens suffering from the disease according to the census methods used; The Resolution recalls that all Member States, to varying degrees, are experiencing an upsurge in Lyme borreliosis, making it a European health problem.

It, therefore, welcomes the funding allocated to date by the Union for research into the early detection and future treatment of Lyme borreliosis (some EUR 16 million through projects such as ANTIDotE, ID-LYME and LYMEDIADEX); and calls  for additional funding of the methods for diagnosing and treating Lyme disease; encourages, to that end, the promotion of research efforts, in terms both of increased allocation of funds and the exchange of epidemiological data, including data on the distribution and prevalence of pathogenic and non-pathogenic genospecies and calls for additional international cooperation on research into Lyme disease.

In the Resolution, the Parliament encourages the Commission to collect as much information as possible on Lyme disease screening methods or on treatments administered in the Member States and calls for mandatory reporting in all Member States affected by Lyme disease.

At the same time, it calls on the Commission to facilitate cooperation and the exchange of best practices among Member States in terms of the monitoring, diagnosis and treatment of Lyme disease and welcomes the inclusion by certain Member States of Lyme disease in their national surveillance systems on the basis of a specific methodology.

It calls on the Commission to put in place uniform surveillance programmes and to work together with the Member States on facilitating the standardisation of diagnostic tests and treatments; calls on the Commission to recognise borreliosis as an occupational disease for agricultural and forestry workers, as well as for field scientists (such as biologists, geologists, surveyors or archaeologists).

The EP calls for individual tick prevention and control measures in the Member States in order to contain the spread of the Borrelia bacteria and for the development of evidence-based guidance on clinical and laboratory diagnosis of Lyme borreliosis; calls for ICD code separation between early-stage and late-stage Lyme disease; calls also for individual ICD codes for the different late-stage Lyme disease symptoms.

The European Parliament Requests that the Commission publish guidelines based on best practices within the EU with regard to the training of general practitioners so as to facilitate the diagnosis and screening of Lyme disease, and asks Member States to expand the use of clinical examination so that doctors can diagnose Lyme disease even if the serology tests are negative, in order to help patients break the ‘therapeutic deadlock’.

At the same time, the EP calls for the planning and creation of innovative projects that can contribute to improved data gathering and the greater effectiveness of education and awareness-raising activities.

It welcomes the Commission Implementing Decision (EU) 2018/945 of 22 June 2018 on the communicable diseases and related special health issues to be covered by epidemiological surveillance as well as relevant case definitions(2), that includes Lyme neuroborreliosis in the communicable diseases list and emphasises that the addition of Lyme disease to the European epidemiological surveillance network is enabling patients to benefit from the advantages of a robust and structured health system that permits permanent communication between competent national authorities, rapid and reliable identification of cases of Lyme borreliosis in the Union, mutual assistance in the field of analysis and interpretation of surveillance data collected, and deployment of devices necessary to stop its spread in humans.

The European Parliament’s resolution invites the Member States, which will be able to call on the Commission’s logistical support, to set up an information and awareness campaign to alert the population and all those concerned to the existence of Lyme disease, first and foremost in the regions most affected by its spread

With the Resolution, the EP

– calls on the Commission and the Member States to publish common prevention guidelines for those at high risk of getting Lyme disease, such as outdoors workers, as well as standardised diagnostic and treatment guidelines;

– calls on the Commission to introduce preventive tests and a method for rapidly treating and monitoring the course of Lyme borreliosis infections among professionals in the agroforestry sector and scientists involved in gathering field data.

The explanatory memorandum to the resolution states that the following have been taken into account in drafting it:

– whereas Lyme borreliosis is the most common zoonotic disease in Europe, with an estimated 650 000 – 850 000 cases and a higher incidence in Central Europe; whereas infection occurs in the spring-summer semester (from April to October), and borreliosis is recognised as an occupational disease for farmers, forestry workers and field researchers in the countries in which it is present

– whereas infected ticks and the disease seem to be expanding geographically, with instances now also being recorded at higher altitudes and latitudes, as well as in towns and cities; whereas the suspected causes are, among other things, changes in land use, inter alia through the afforestation of low-quality land or the expansion of invasive plants, climate change, global warming, excessive humidity and other activities related to human behaviour;

– whereas there is no European consensus on the treatment, diagnosis and screening of Lyme disease and national practices vary;

– whereas a bite by an infected tick and the symptoms of Lyme disease can go unnoticed or even in some cases be asymptomatic, which can sometimes lead to severe complications and permanent damage similar to that of a chronic disease, in particular when the patient is not promptly diagnosed;

– whereas more reliable early diagnosis of Lyme disease will significantly reduce the number of later-stage cases, thus improving the quality of life of patients; whereas it will also reduce the financial burden of the disease, leading to savings of approximately EUR 330 million in healthcare costs already during the first 5 years, according to managers of the DualDur EU research project;

– whereas many patients are neither promptly diagnosed nor have access to suitable treatment; whereas they feel deprived and ignored by the public authorities and some continue to have persistent symptoms that can lead to chronic disease;

– whereas there is currently no vaccine available for Lyme disease;

– whereas the true burden of Lyme borreliosis in the EU is unknown due to the lack of statistics on this disease and the very wide variety of applied case definitions, laboratory methods used and surveillance systems;

– whereas a profound understanding of the mechanism which turns Lyme disease into a chronic disease is lacking;

– whereas health professionals have been sounding the alarm about this health issue for nearly a decade, as have patients’ associations and whistle-blowers;

– whereas, although well known to medical science, Lyme disease is still underdiagnosed, in particular because of the difficulties encountered in the detection of symptoms and the absence of appropriate diagnostic tests;

– whereas the screening tests used for Lyme disease are not always able to provide accurate results, one such example being the Elisa test which only detects one infection at a time;

– whereas many Europeans are constantly exposed to Lyme borreliosis through their professional activities (farmers, forestry workers, researchers and students carrying out field research such as biologists, geologists, surveyors or archaeologists);

– whereas the medical profession often follows outdated recommendations on Lyme disease that do not take sufficient account of research developments;